Gravita reported a 57 % rise in second quarter profit on the back of rising capacity and improved operational efficiency.

Gravita India has 11 recycling plants across the world. The revenue for the Quarter ending September rose by 39 % to 224.67 crore rupees. 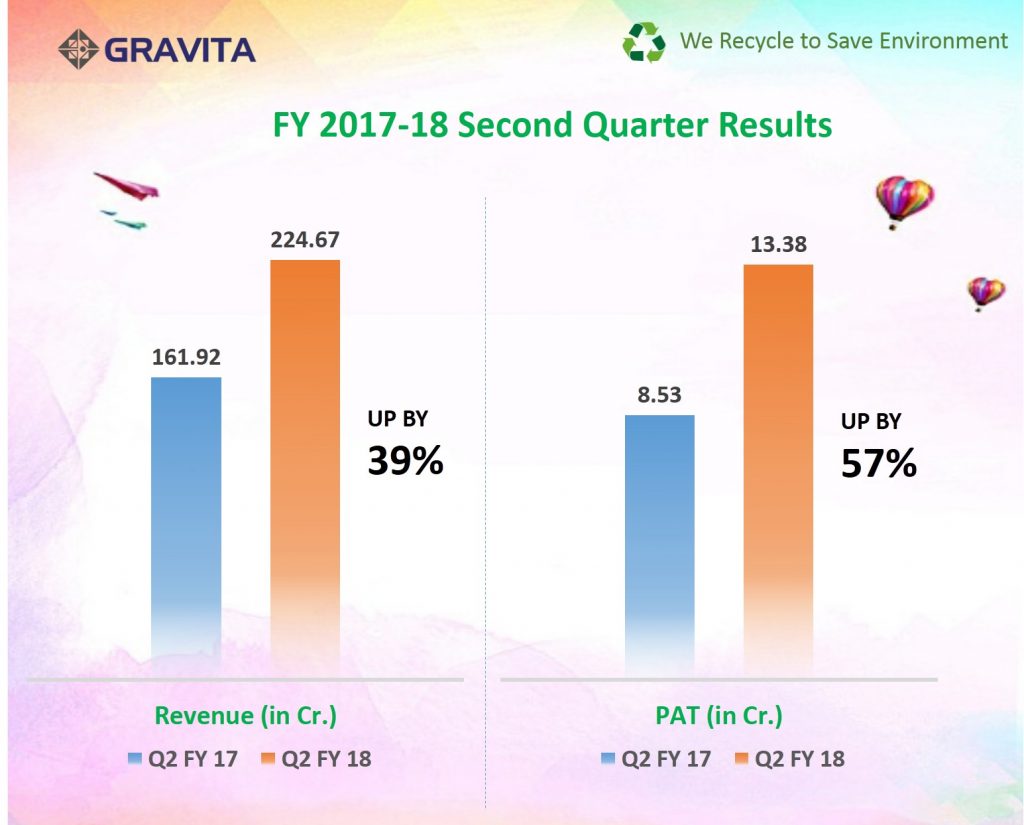 Highlights during the Quarter